Traveling to school by bus on a freezing cold morning as a first grader, someone came up behind me and with their bent middle finger flicked my cold ear. That hurt so bad! I flared up like a peacock trying to show by my threatening words and warnings that they better not ever do that again. The next morning was no different. It happened again. The bus driver saw it, and did nothing, but smile. I told my parents about it who became infuriated, and apparently caused a scene with the school administrators. So, it stopped.

A few days later, I was sitting in a seat or two back, and wanted so badly to be accepted that I thought flicking someone else’s ear would earn that acceptance. So, I did it to a classmate friend sitting in front of me. The bus driver slammed on the brakes hard throwing us all forward to the seat in front of us. He demanded that I come to the front seat and yelled at me in front of all the other kids. I had become a bully myself when I thought I was doing something that would make kids like me. Wow, did I have a lot to learn. In those days we didn’t even have computers or the Internet, but bullying was alive and well. But other than really great teachers, no opportunities were provided to teach us about bullying.

Whatever one’s growing up circumstances, sometimes a child thinks that they don’t fit in. “If I could only be like that person – one of the ‘pretty people’ – I will be OK.” What kids often don’t realize is that everyone has their own unique problems. Feeling inadequate, not knowing how to communicate, not feeling a part of the “in crowd,” or feeling excluded from the group or club are a just a few of the emotions that can haunt a kid. Being teased especially is hard. It could be about one’s hair or the kind of clothes one wear. Perhaps, the kid didn’t know how to accurately throw a baseball. Being shunned and snickered at can really hurt and give pause for a kid to look inward. These experiences often raise the proverbial question, “Why me?”

What Can Kids Do to Find Help?

Today help is available to kids to learn social skills and understand what constitutes healthy relationships. They can learn how to handle bullying whether it is in person or online. One such organization is Ophelia’s Place. During a site visit, my oldest daughter, Jamie, who is also a board member and I met Verna Wise Matthews, the Executive Director of Ophelia’s Place in Eugene, Oregon. What a warm, upbeat, smiling, enthusiastic person to welcome us at the front door with a warm hug!

As we toured their facility, we learned that the original founder, Rosaria Haugland, PhD, came to this country from Italy. She moved to Eugene in 1982 and founded Ophelia’s Place in 2006. She grew up in a poor and unhappy family, and it wasn’t until she focused on something else (in her case – her love of learning and reading during high school) was she able to better cope with her difficult life.

Dr. Haugland wanted to create a safe environment especially for girls to learn better how to deal with problem issues in their own lives. At first this organization seemed like a safety net to help girls in difficult situations. But it soon became obvious their mission was also one of prevention. To allow all girls of all social-economic situations to come to their facility to learn, to play, to talk, to get counseling, if needed, and to become friends with other girls. Classes included art and group activities. The staff helped their girls to better understand feelings and emotions and again gave lots of hugs in this warm environment.

The goal of Ophelia’s Place is to empower youth with the tools and resources to thrive emotionally, behaviorally and academically. They have identified three measurable objectives with their work:

Having measurable outcomes is what giving organizations like the Walters Family Foundation love to see. Clearly the real goal is to give young people a skill set to better cope with life and its challenges BEFORE they get beat down either emotionally or physically. Ophelia’s Place has developed a true prevention program, BUT is also there for those who have nowhere else to turn.

The inside is composed of a variety of different rooms. Some are setup like classrooms for teaching a variety of subjects. They help the girls achieve academic success as well as provide self-confidence building exercises through the creation of art. 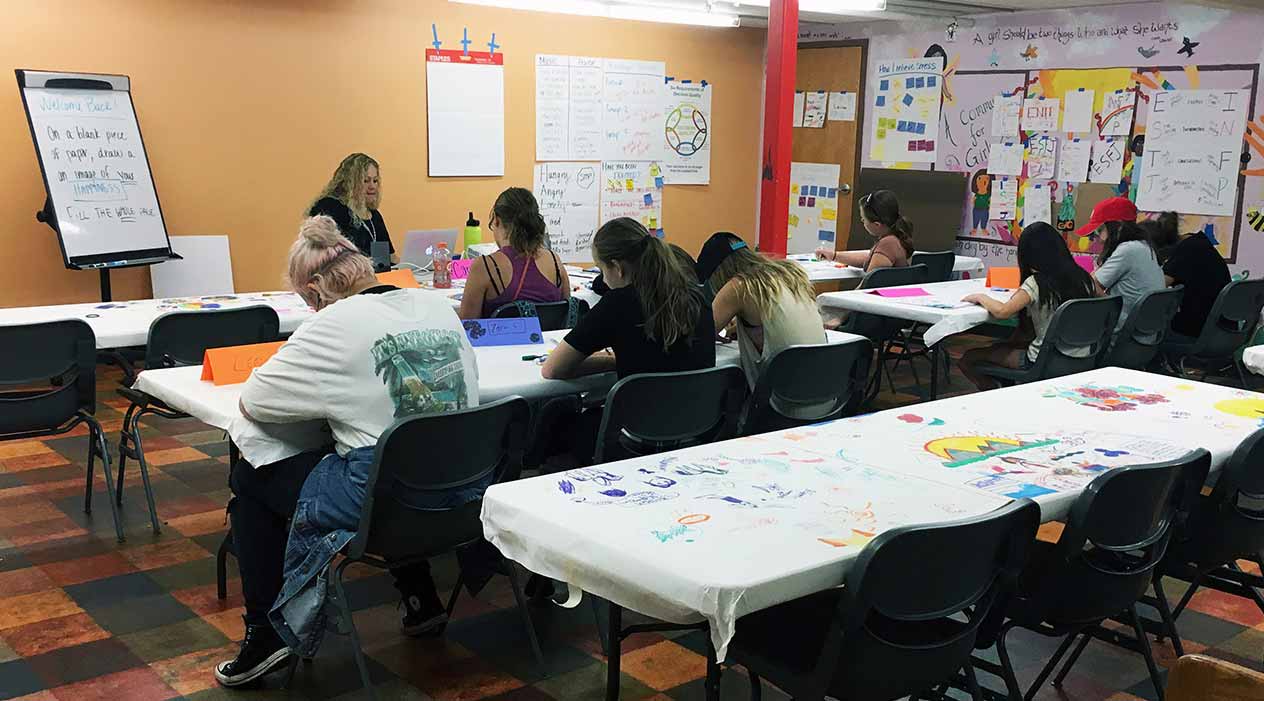 A quiet room is present for kids to just go sit on soft pillows to have some peace, soft music, and rest. Food is available because some girls come hungry because of nothing to eat at home. Smaller rooms down a hall are available for professionals to provide counseling and therapy as needed. Mostly, this is a welcoming home even if for just a few hours with acceptance of tears and learning.

While Eugene, Oregon, was the original site, schools in Junction City and Harrisburg, Oregon, were in need of such a program as well.

Kathleen Rodden-Nord, PhD, writes in a letter to our Walters Family Foundation Board:

“I am the Superintendent of the Junction City School District located in the southern Willamette Valley. Four years ago we began to work with Ophelia’s Place, a non-profit agency based in Eugene whose mission is to support girls ages 10-18 to make healthy life choices. My staff and I quickly recognized the value of the social-emotional support services Ophelia’s Place brings to schools through their Empowerment Groups for girls, and Classroom Presentations. In school-based settings having an outside organization be the facilitator of important and sometimes difficult topics is very powerful. We have seen this time and time again with Ophelia’s Place staff and volunteers as they talk with students about relevant topics such as online safety, healthy relationships, and the influence of media on body image.”

“Junction City is a smaller district with a population of around 1700 students, and what excites me about Ophelia’s Place offering both in school and after school programming is the potential to reach many of our youth with prevention-based services. Ophelia’s Place is also well recognized as creating an inclusive and supportive environment for girls from diverse backgrounds, something I am very concerned with in my role as Superintendent. In this era of constrained resources for behavioral health support, and increasing need, we are very excited to partner with a well-respected organization to better meet the needs of our young women.”

Ophelia’s Place enjoyed a ribbon-cutting opening of their new facility in Junction City on Saturday, February 24, 2018.

Over 100 people attended this special event including the police chief, city officials, and of course, Superintendent Kathy Rodden-Nord. The Walters Family Foundation is pleased with this expansion and was delighted to support them financially to help make Ophelia’s Place in Junction City happen. 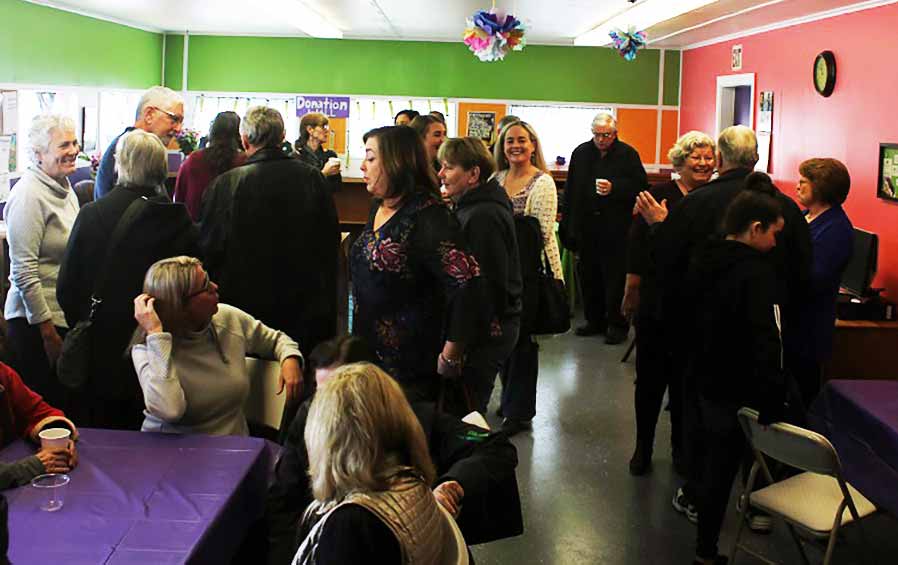 The Walters Family Foundation is thankful for Ophelia’s Place and all the good that they do!