Meet Our Board of Directors

Since 1975 Clifford Walters, MD, has been involved in training and educating young physicians. He trained at Loma Linda University and the University of Connecticut. Dr. Walters also graduated from the Peter F. Drucker School of Business Management at Claremont Graduate University with his executive MBA degree (Hons). He further completed his training at the College of Executive Coaching and is an Associate Certified Coach (ACC) and member of the International Coach Federation. Dr. Walters is a trusted expert in the field of organizational development and leadership. He is known for his deep, thought-provoking questions that are designed to take a client to a whole new level of performance. He has served as President of the Walters Family Foundation since its first meeting in 2000.

Randall Unterseher is a business executive from Walla Walla, Washington, with 30+ years of sales and marketing experience. He’s worked for both small privately held business and publicly traded international companies. In 2004 he received an MBA with an emphasis in e-Business. Currently he works with Better Fresh Technology and co-owns Omega Holdings USA. Using his background in manufacturing, product marketing, sales training and general management, he brings a wealth of experience to the Walters Family Foundation. He has served as an active board member since 2012. Currently, he is part of the team to develop strategies to grow the Walters Family Foundation giving capacity. 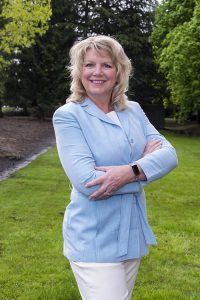 Tamberly Couch completed a Bachelor of Science in Business Management from the University of Oregon. She has work experience in several arenas including owner of an event planning business, substitute teaching and tutoring, business development and fundraising. Tamberly has lived in the Portland metro area for the past 30 years, and is an active community resident. Tamberly joined the Walters Family Foundation in August 2018 where her activities include visiting and assessing nonprofit organizations, attending various events including galas and luncheons and performing her regular board duties. Tamberly has three adult sons, and lives with her husband in Tigard, Oregon.

Wendy Olson brings a background of 30 years as a teacher, sports coach, and administrator in the public school system. She owned and managed a 16-acre nursery. She was married to Jon Olson, a former member of the Walters Family Foundation Board. Jon worked in the nursery of Glenn and Viola Walters, founders of the Foundation until his passing in 2009. Wendy’s intimate knowledge of the mission of the Founders, at-risk youth in the school system, and now her knowledge of the Portland Metro area as a realtor for RE/MAX suits her well as a great asset to the board and mission of the Foundation.